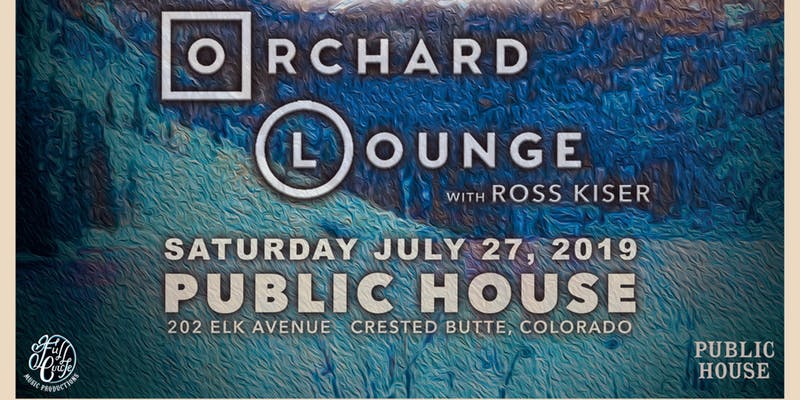 If you can move, Orchard Lounge will back you up.

Formed in Chicago in 2001, OL’s odyssey began as the triad of Spencer Lokken, Bethany Lokken and Ben Silver.This highly versatile group has enlightened dance floors from Mexico to Maine with their eclectic mixes, from sunset chill-out to bass-dropping e-funk, and an array of other futuristic sounds. Theirs is a democratic mission: to expose as many people as possible to the artists they admire and respect. What sets Orchard Lounge apart from other club DJs is that you won’t always find them in the club. In recent years they’ve built a reputation as a relentless festival and touring act, often performing live shows with visual artists. Not to dismiss their roots, they’ve played alongside heavyweights like John Talabot, Matthew Dear, Steve Bug, Aeroplane, Bonobo, DJ Krush, Lindstrom, DJ T, Jamie Jones, Booka Shade, Metro Area, and Maya Jane Coles. They’ve also had the rare pleasure of performing for thousands at world famous venues such as Red Rocks Amphitheater, The Hammerstein Ballroom, and Pritzker Pavilion at Millennium Park.

When they’re not in the DJ booth, you’ll find this musically obsessed trio in the studio. Putting decades worth of musical training and education to good use, OL is currently taking time to focus on production. Always looking to experiment with different sounds and studio techniques, what the fans can expect is a unique amalgamation of sounds, from heady ambient sleepers to four on the floor dance floor destroyers. Despite their affinity for live music, OL’s focus hasn’t shifted since the group’s inception over a decade ago: to provide sophisticated and stylish DJ sets that are appropriate in a variety of settings…from the dance floor to the couch.